A summer day at the Newport Jazz Festival offers a musical buffet – a big, long, buffet that won’t get you fat (but will grow your ears). Each day there were about 20 performances on four stages between 11 AM and 7 PM. I’m a sampler – I want a taste of many artists at different places on the musical spectrum. What follows is an hour-by-hour chronicle of my Saturday (August 3) at the Festival in Fort Adams State Park.

Before I start: A great thing about this incarnation of the NJF under new Artistic Director Christian McBride: he casts a wide musical net for performers each day and salts a variety of styles across each stage. Whether you move around or stay put in one place, “the sound of surprise” can hit you. The process helps one develop what musicians call “big ears.” On this day, that peak bit of magic happened late in the 4:00 hour, where I honestly wouldn’t have expected it. But it’s how the mix played out for me!

11 AM: After clearing the TSA-like security line, I was passing the small Harbor Stage when whose voice did I hear but HOWARD CAPLAN – my WICN friend and colleague. Howard eloquently introduced the URI (student) Jazz Ensemble, who opened with some blazing Mingus. After a few words with Humble Howard (he really is), I made my way inside the ancient Fort to catch the 91-year-old (yes!) vocalist Sheila Jordan and the Royal Bopsters. The Bopsters are an airtight, creative vocal quartet who brought out Sheila – resplendent in her beret – for an appropriate set of “Lucky to Be Me,” “Peace” (as the El Paso shooting news was about to break), and her ingenious vocalization of Art Blakey’s “Dat Dere” as sung by a five-year-old. What’s amazing is that Sheila Jordan still has a lot of her game – including a child-like kick in her voice.  She also regaled us with tales of getting into clubs as a teenager in her native Detroit. (P.S: We at WICN are proud to have scored an interview with Sheila Jordan last year, courtesy of mutual friend Yoko Miwa.)

Noon: The lure of more Art Blakey called from the main Harbor Stage: the Jazz Messenger Legacy led by drummer Ralph Peterson. Caught some “Blues March” and “Caravan”, featuring passionate tenor work by Billy Pierce, as the day’s crowd grew and the sun baked down on us.

Time to sit down and get some culture in the indoors (with chairs and AC!) Storyville Room with a book discussion. What a chat, with Maxine Gordon, wife of the late, great Dexter Gordon and Festival founder/ impresario Extraordinaire George Wein. Mr. Wein told the moving story of taking Dexter to a hospital in Italy; Dexter looked at him and said, “I didn’t think you cared.” George paused and slowly said, “I never forgot that moment.” I was sure to score a copy of Maxine’s new book Sophisticated Giant: The Life and Legacy of Dexter Gordon.

1 PM: Back to the heat and crowds of the Harbor Stage for DeeDee Bridgewater and the Memphis Soulphony. I love her recent album Memphis…I’m Ready, and was very ready to hear some tracks live. DeeDee being DeeDee, her stories really brought those great tunes, and the 60s era, to life: after “B-A-B-Y” came a moving and valuable lesson in civil rights history leading into “Why (Am I Treated So Bad),” followed by the chronicle of a teenage crush and turning the radio rabbit ears in Flint, Michigan, just so to get WDIA from Detroit. That was the moment young DeeDee first heard  the perfect song for that moment: “Yes I’m Ready.” P.S. the performances were superb.

2 PM: Now to settle in and hear some new sounds: the drummer Makaya McCraven and his ensemble. I wedged into a packed standing-room section at the back of the Quad pavilion with a bunch of Gen-X-Y-and-Zers. What came on was an exciting set of jagged, intensifying grooves featuring rising star Joel Ross on vibes and Irvin Pierce on tenor (new to me but he has my attention). And Makaya himself can play. Before the set ended, I made my way to the back of the Fort for some food. One cool thing about Newport is you can stand in concession lines and still hear the music well. During the last half hour, I waited in the sun for a veggie burger. (Yes they had a veggie burger stand.) Got into a nice chat with folks from LA who were Grace Kelly fans – and the burger was very good when it finally came out.

3 PM: My friends and I thought we were being strategic by staying in the Quad area through Makaya’s set so we could score a spot for the Herbie Hancock “acoustic” set with Christian McBride and drummer Vinny Colaiuta. No such luck. Nobody left their seats, and literally, thousands more streamed in. I found a little patch of grass to sit on and bake further (thankfully had plenty of sunblock); stood up to see the large expanse inside the fort just about full. OK, I will admit to not being a big Herbie Hancock fan, but we are all here for this special occasion, so… Either Herbie or McBride said, this is not just a trio, this is a triumvirate. OK. They played “Footprints” for about twelve minutes; it was fine. After about ten minutes of “One Finger Snap”, it was time to make my way back through the masses….

4 PM: Back into the relative comfort of Storyville (a chair and AC!) to hear Sarah Vaughan Vocal Competition winner Laurin Talese with about 100 other folks. She deftly touched bases as widely spaced as Blossom Dearie and Jill Scott (which is fine by me!).

I then wandered back outside for an unexpected highlight: the Ron Carter Trio. Now, 80-years-young Ron Carter is a superlative bassist and musician in general. He could make drunken karaoke sound good, and he’s helped make many sessions GREAT (including those with Miles Davis and on Blue Note that made Herbie Hancock’s reputation). On this day, it really hit right to see, on the small Harbor stage, three fellows impeccably dressed in suits (Mr. Carter’s, white) playing elegant, straight-ahead jazz. His bandmates were pianist Donald Vega (who memorably played with Carter at the first Geller Jazz Concert at Clark a few years ago) and the superb Russell Malone on guitar. I caught “My Funny Valentine;” an original tribute to Ron’s longtime musical partner Jim Hall; a bass solo “You Are My Sunshine”; and a perfect ending to the set: a jaunty tune called “Soft Winds”. I recognized this was a staple of the Oscar Peterson / Herb Ellis / Ray Brown trio that set the standard for this format sixty years ago. That “sound of surprise” on this day came in very familiar, even comfortable, sounds, presented in subtle and eloquent fashion.

5 PM: The Carter set let out at 5:30. Outside, I ran into my WICN friends Kofi Poku and Bonnie Johnson, both festival “insiders” with media passes and hung for a while at the WICN table, which this year was outside the Storyville stage. It was great to see Joe Boudreau, who has been a huge help at the Festival for many years, back on the scene. It looks like we made many new contacts and friends! I was also delighted to say hello during the day to several of the WICN voyagers on the bus from Worcester.

Inside Storyville, a joyous ruckus was coming from the set of Hailu Mergia’s Trio. Exhilarated band members and fans gathered at the entrance to celebrate a thrilling, breakthrough show for the young band. Wished I’d made it inside…

6:00 PM: The day’s headliner was still to come: Kamasi Washington and his 12-piece ensemble. A large share of the near-sellout (over 9,000) crowd stayed as the shadows crept over the Fort field. I’d heard and very much enjoyed Kamasi’s “epic” CD sets and loved a 2 ½ hour concert at a dance club in Boston with about 2,000 enthusiastic young folks. However, I’d heard that one Kamasi show was very similar to the next. And so was the case that evening – same music, similar between-song themes and intros. So, after about twenty minutes, it was time to call it a day and I headed over to the (short) shuttle line next to the inspiring tall ship the Oliver Hazard Perry in the harbor.

I had learned a logistics lesson in past years: that morning I’d parked at the Visitor Center near the Pell Bridge and taken the ferry shuttle across the harbor. No endless sitting in traffic for the three miles between downtown Newport and Fort Adams. Just a gentle ten-minute ride with a bunch of fellow Festival-goers. Then I bid a fond farewell to Newport until 2020….

Tom Lucci hosts Standard Time on WICN, Mondays 3-6 PM. He’s formerly Acting General Manager of the station and a Board of Directors officer. 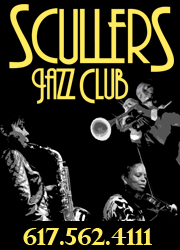 What is Folk Music?