Al grew up listening to the music of the ’40s on his father’s EH Scott radio and 78rpm records. Glenn Miller, Tommy Dorsey, Frank Sinatra, Ella Fitzgerald, and Benny Goodman were family favorites.

During high school and college in the ’50s, he went to Boston to listen to Herb Pomeroy, Chris Connor, Ella Fitzgerald, Charlie Byrd, and Vic Dickenson, to name a few. There were many places to hear great jazz including Storyville, The Stable, Mahogany Hall, Morley’s, Hi-Hat and Lenny’s on the Turnpike in Peabody.

He lived near the Totem Pole Ballroom in Auburndale, Vaughn Monroe’s Meadows in Natick,  10 Acres in Wayland and Nuttings on the Charles in Waltham, places where one could bring a date and dance the night away listening to live bands.

Following retirement in 1998 from his managerial positions the automobile world, Al became an on-air host at WICN. This is his first experience in the broadcasting field and allows him to dig into his closet of old vinyl records and share them with his audience on Wednesday’s edition of Standard Time. He enjoys talking with and meeting the listeners and the entertainers who make the music possible.

During his time away from the station, is spent with family and friends, building and flying radio control model aircraft, driving and maintaining 1955 VW bug that has been in the family for 65 years and attending grandkids plays, sporting events, and concerts. 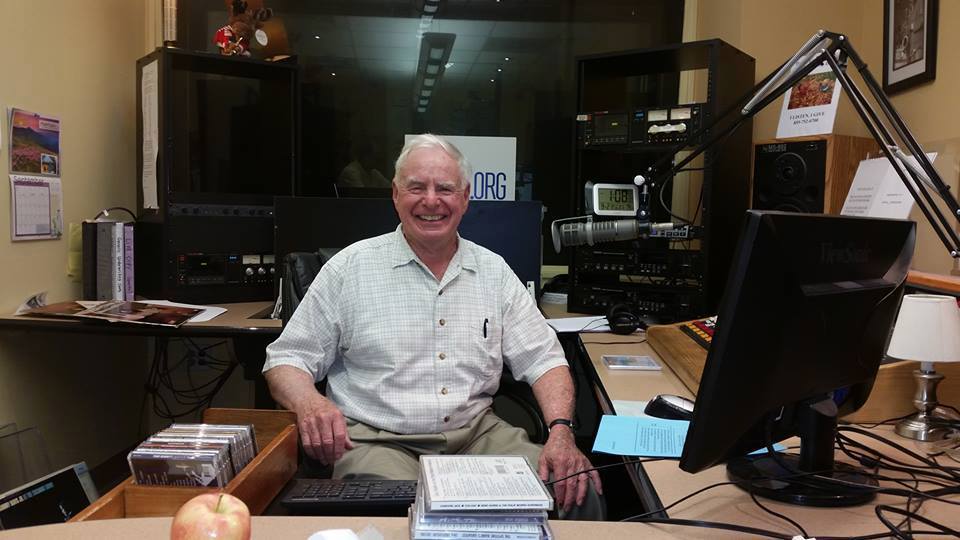 What brought you to hosting a show on WICN?

I began listening to WICN in 1983 and became a member. After retiring from the automobile world in 1998, I heard Gene Petit asking for a volunteer on-air host. I entered a training program for a month and had my first one-hour show on Fridays beginning in June. I was asked if I wanted the Sunday Jazz Matinee show from noon until 4:00 in September. Thinking I would do this for a year or 2, I accepted the offer. 15 years later I resigned, giving me more time with grandkids and aviation activities. I was asked to come back, with program changes that Brian Barlow had been making 7 years ago, and continue with Standard Time on Wednesdays 3-6p.

Why do you love being on the air?

I was brought up listening to the radio, playing vinyl records at home. Most importantly, hearing from listeners hearing how the music we play makes life better for them in addition to supporting the musicians we have helped playing their music.

I have many fond memories that include a listener calling and asking me to stop playing all the good music on the Sunday Jazz Matinee! I asked why and the response was “my cat is all worn out.” How can your cat be worn out from the music? Her response was “I’ve been dancing with my cat for 2 hours and she is really beat!”

Another memory was a Sunday afternoon that I wanted to celebrate the life of Herb Pomeroy and invited Everett Longstreet, original band member; Lin Biviano, student of Herb’s, who had a career with Woody Herman and had many funny road stories to tell; and drummer Kenny Hadley. It was a wonderful afternoon that generated constant calls from listeners.

The two most favorite shows were Bobby Darin at Blinstrub’s Village in South Boston. We were newly married and decided dinner and show would be fun. The dinner table we had was placed up front, perhaps 8-10 feet from the stage. The show began with Bobby coming out to sing some of his favorites, tap-danced, played the drums, and told some very funny stories. We were about his age at the time and it was a wonderful experience.

The other memorable show was at the Wang Theatre in Boston with Gerry Mulligan and Mel Tormé. The last part of the show the two of them scatted: Mel on the vocals and Gerry on the baritone sax for 15 minutes that just brought the house down. Unfortunately, Sarah Vaughn followed this and it turned out to be a bad night for her.

My career began during my college years, working for the New England distributor as a mechanic, inventory control manager, and first New England parts representative. After graduation, I worked for a local dealer and was awarded a dealership in Fitchburg, MA, which I sold in 1975. This allowed me to take my three sons and my wife Kay on a cross-country trip in a VW camper for two months, visiting many places and friends.

I had an opportunity to be a parts representative for the Northeast for Subaru of America that included Arkansas and Puerto Rico, which introduced me to the culture and food of other parts of the country.

I left Subaru in 1988 and my partner and I became franchisees of Midas stores in Maine. Our sons became part of the business in the mid-‘90s, which allowed me to retire in 1998.

My hobbies included racing hydroplane boats, flying in a local club–which allowed me to fly many types of single-engine land and sky planes–and building my own plane over a 5.5-year period, allowing us to fly through the Northeast and to Florida. I’ve also worked restoring antique radios in the past.

When the plane was sold, I formed a sanctioned chapter flying club of the Academy of Model Aeronautics in 2012 that today has 45-50 members, and continue to build and fly radio-controlled model airplanes and racing sailboats.

My favorite albums of all time, and the first LP my father purchased, is the Benny Goodman 1938 Carnegie Hall concert. Still new after 83 years.

Artists include Stan Kenton, Anita O’Day Frank Sinatra, Dave Brubeck Charlie Byrd, Gerry Mulligan, Ella  Fitzgerald, Thisbe Vos, Kenny Hadley, June Christie, Tony Bennett… There are many more that I play and enjoy, but these artists will always be at the top of the list for me.