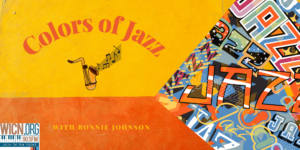 Bonnie Johnson hosts Colors of Jazz every Sunday afternoon. If you asked the Worcester native how she found Jazz, she would tell you that Jazz found her. As an undergraduate student at Howard University in Washington, D.C., Ms. Johnson became a fan of the Quiet Storm featured on the college station. Later, upon returning home and in her quest to find a radio station that would fill the gap, Ms. Johnson discovered that WICN was playing the music that she found reminiscent of the slow jams she heard at HU. Some years later, after becoming a member of WICN, she heeded an invitation to become a volunteer and the rest is history.

Ms. Johnson appreciates the diversity and the evolution of music. As a self-taught electric bassist, she has enjoyed many years of playing various types of music with her daughter and close friends in a family band. Growing up, she sang in the St. Cecilia Girl Choir at All Saints Worcester. Her keen awareness and understanding of the importance of legacy building for future generations is demonstrated by her role as a past director and co-founder of the women’s alumnae group and the association’s scholarship fund established for graduating high school choir girls.

Ms. Johnson holds a B.A. in Liberal Studies and an M.S. in Communications and Information Management degrees from Bay Path University. She believes the future of Jazz is in our children, stating, “Music and the arts is one area that gives young people an outlet and release of creative energy. While there are many children exposed to music through lessons and attending live performances, there are too many more that are not.” One of Johnson’s primary goals as host at WICN is to reach youth in creative ways through community engagement. Bonnie is honored to bring her voice to the music and hopes to find interesting ways to inspire people of all ages. 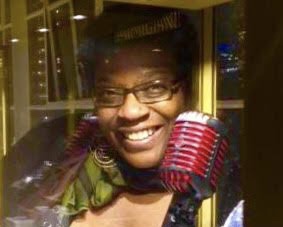