Howard grew up the son of a swing-era big-band drummer, but his dad’s love of swing and jazz took some time to rub off on him. An admitted “Top 40/Adult Contemporary refugee”, Howard came to his senses back in 1999 when, in a fit of trying to find quality music, he discovered WICN on his car radio while returning home from work on the Mass. Pike. Since that moment, he’s been addicted to jazz and swing.

A lawyer by trade, Howard practiced law in Boston and taught at a law school. He currently serves as the Director of Communications and Training for a large government agency. Howard has hosted talk shows on five different radio stations from Boston to Worcester and produced and hosted the syndicated cable TV talk show Night at the Round Table for 20 years. He’s delighted to help you get your weekend off to a great start by presenting the sounds of Ella, Ellington, Sinatra, and Basie, as well as Michael Buble, Diana Krall and Buddy Rich, on The Saturday Swing Session. 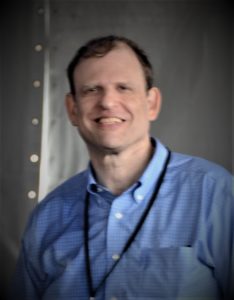 I discovered WICN in 1999 on my way home from my “day job” (more on that in question 4) in my car purely by accident one day.  I felt like I had won the lottery when I heard all the great music and dj’s!  I had hosted talk shows on commercial radio and cable TV for many years, and was intrigued by WICN, its history, and its focus on great music.  I began volunteering in 2003.  In 2006, I ended up filling in on almost every WICN show over the course of 6 months!  It was a lot of fun.  In late 2006, then-GM Brian Barlow asked if I would like to host a new Saturday morning show focusing on Standards and Big Bands – The Saturday Swing Session.  I said absolutely, did a demo, and began hosting it in 2007.  Since I’m also a big fan of New Age and World music, I continued to fill in for Karen Mungal on Rhythms of the World until she decided to leave the station in 2019, when I was asked by current GM David Ginsburg if I would like to host that program as well.

I’ve always had a passion for all things radio, and hosting on WICN has been a true labor of love the past 15 years!

It’s Saturday morning, February 10, 2018.  I’m hosting the Saturday Swing Session, minding my own business.  No one’s around, when suddenly the front door buzzer rings.  I open the door – in come four ladies from the “Women of Note” “Life’s a Pitch” Quartet to sing me a surprise Valentine song, live on the air!  They were amazing, and I was totally surprised!  Turns out then-WICN GM Amanda Carr arranged it all, aided and abetted by her management team.  My face was as red as their outfits!

Take a look at the video and photo below: ?

I had the pleasure and honor of seeing a rare live appearance of Tony Bennett and Dave Brubeck on the same stage at the 2009 Newport Jazz Festival while I represented WICN at the festival.  Up to that point It was only the second time in their careers they had performed together.  Was one of those “tell your grandchildren about” moments, even though we don’t have grandchildren!

Here’s a newspaper piece about this historic meeting (can you spot the huge typo in the headline?): https://www.sandiegouniontribune.com/sdut-us-music-bennett-brubeck-081109-2009aug11-story.html

When not at WICN having fun (!), I produce and host podcasts for private clients and work for a Boston-based software company.  I’ve also practiced law and taught at a law school, hosted radio and TV shows from Boston to Worcester, and served as Director of Communications and Training for a large government agency.
Who are your favorite artists and/or albums of all time?

My musical tastes are truly eclectic – love all types of music.  Guess if had to whittle it down for this purpose, I respectfully offer you this very partial list in no particular order:

Frank Sinatra – Come Dance with Me!