Nick has hosted the Folk Revival since 2007. He is an enthusiastic advocate for folk music in its broadest sense, with a particular fondness for the songs of the Folk Revival period during the 1950s and ’60s. He enjoys sharing his passion with the radio audience through a series of themed shows year-round.

Nick loves hearing from listeners and responding to their ideas, suggestions, information, conversation, and requests. His THE FOLK REVIVAL page on Facebook is home to an online coffeehouse of more than a thousand regular and irregular listeners to the show, who often connect in real-time during the program. In keeping with the station’s commitment to the local music scene, Nick is a strong supporter of local New England artists, many of whom have been guests on the show.

A Worcester resident and a long-time educator (he taught middle school and high school history and English for 28 years), Nick currently works as a writer, editor, and historian. He has published six books over the years—all on historical topics—including “NUMBER #1”—the story of the original Highwaymen—a journey through folk music history: the Folk Revivals, “The Great Folk Music Scare”, and their legacies (Outskirts Press, 2009). Nick loves to read (others’ work, not his own), and is a sometime singer (thirty years ago he belonged to one of the last collegiate folk groups before a cappella became the rage), a part-time poet, and a full-time husband and father. Nick is also a loyal WICN member and an active WICN volunteer. 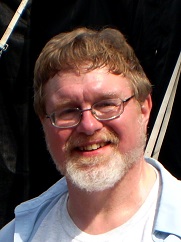 What brought you to hosting a show on WICN? Why do you love being on the air?
I moved into Worcester proper in the summer of 2007. I had been listening to The Folk Revival on WICN on and off—I love folk music and I was working on a book about folk music. I had known then-host Norah Dooley through The Revels in Boston, and I called her and asked if I could drop by the station some Thursday to see her in action. By late summer, I was a regular guest on her weekly Folk Revival show, bringing in CDs to share and talking about the music on the air with her. I had done some radio in college, but only sports radio. I had been a singer and performer, but I had never done music broadcasting.

At one point, Norah was planning a vacation and asked me to sub for her. I pointed out that I had no idea what to do, so she made me host for a night and guided me through the process. The next week, with Norah away, I was on my own. I survived, barely. In October, she said that she had a new job which meant early Fridays and she was giving up the show. She asked me if I wanted to take over as host, and an interview with Brian (station manager) was arranged. I was given a probationary approval, and since November of 2007 I’ve been hosting The Folk Revival.

It is, as I have said before, my “Thursday night therapy.”  I love selecting themes and preparing shows. I love sharing the music and talking about the songs. I love interviewing guests. I particularly enjoy supporting local New England/Worcester-area artists and interacting with listeners.

What is your favorite WICN memory?
Many of my best WICN memories have to do with the live broadcasts with audiences that I’ve hosted in Studio 50 (about 40 of them over the years). My favorites were probably my 500th show and any of the annual maritime song shows in September. Of the latter, 2015 was the most personally memorable. It was just days after my father died, and it was a four-hour live broadcast featuring dozens of performers: all good friends, loving and supportive, singing together. Another fond memory: Tom Rush as a last-minute live guest on my 400th show.

FILL IN THE BLANK: The best concert I ever saw was ______________? (and why).
Wow! There are SO many! If I had to pick—2009 Peter, Paul & Mary at The Hanover Theater, just months before Mary Travers’ death; 2007, the original Highwaymen at the Blackstone River Theater in Cumberland, Rhode Island (a pair of concerts on consecutive nights that later became their final album—“When the Village Was Green”); any and every performance at the Newport Folk Festival’s Museum Stage; The Nields and Dar Williams in Northampton, Massachusetts; Tom Rush at the New Bedford Folk Festival; The Nields and Tracy Grammar in Southborough, Mass.  And so many more.

Many listeners don’t know that the majority of our hosts are volunteers that do this out of a personal passion. What do you/did you do professionally off the air?
I am an educator. I taught history for 28 years, and I continue working as a school communications manager (writing website and alumni magazine content, etc.). As an historian, I’ve written seven published books on historical subjects (institutional histories, biography, sports, folk music, etc.). I also spent 14 summers as a camp counselor, with two of them as a camp director. I intermittently perform as a singer. I was in TV commercials and magazine ads as a child. I am on several boards (a summer camp for inner-city youth, a maritime folk festival, etc.).

Who are your favorite artists and/or albums of all time?
The original Highwaymen (ALL of their albums), The Limeliters (“Our Men in San Francisco” and “Through Children’s Eyes”), Beth DeSombre (all her albums but especially her first); The Nields (“XXI”), The Beach Boys (“Pet Sounds”), The Maple Street Project (“Attitude on the Street”), The Monkees (“Headquarters”, “Pisces, Aquarius, Capricorn & Jones”, “Justus”), and Ella Fitzgerald singing The Rodgers and Hart Songbook. Probably a couple of dozen other artists and albums as well.