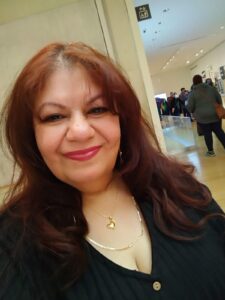 Rafeef Al Faris, host and producer of Mediterranean Music on 90.5 WICN, is an Iraqi poet, writer, and journalist who holds a bachelor’s degree in Computer Science. She’s worked as a Computer Science instructor for high school and college students in Libya, in addition to coding databases for companies and libraries in Iraq and Libya.

In addition, Rafeef has:

Rafeef’s Publications:
–  a book of poetry (The One Who Knocking on the Door of Light…) 2015 Edition
–  a book of poetry (Dawn announces its lanterns ) 2022 Edition
– a book of short stories entitled The Other Side of the Storm
–  A Biography and Impressionist Criticism entitled Yahya Al-Samawi… A Poem on the Shoulder of a Homeland, a joint work of 2018
– I write for various Iraqi and Arab newspapers and websites.
– I worked as an art director and designer for Iraqi and Arab publishing houses.

Awards:
-Winner of the Nazik Al Malaka Prize for Literature 2013 for the poem In My Blood is Your Promise
– Recipient of the Baghdad Governorate (Creativity and Excellence Award) for purposeful writings.
-Winner of the Short Story Prize on the International Day of the Arabic Language in Baghdad: About her story (love story)
– Received the Medal of Culture in the field of poetry from the Forum of Arab Intellectuals in America, Canada for the year 2015
– Winner of the Appreciation Award for the Aljwahri Association Competition 2016
Winner of the 2019 International Literary Union Short Story Competition for the story A Box of Colors. 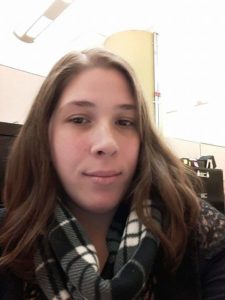 Emily joined the WICN family in September 2017 after interning with the radio station the previous year. She couldn’t stay away from the dynamic atmosphere that surrounded WICN! Emily was born and raised in Worcester, and as native, she’s seen both the good and the bad that the city has endured and is excited for […]