Take a journey around the world without packing your bags! Enjoy a wealth of global music as explore World Rhythms, every Sunday at 6 PM on WICN with rotating hosts Jim Benitez and Nick DiBiasio. A splendid way to end your weekend!
Read more 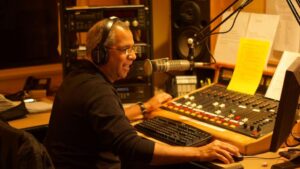