In the 1950s, with the advent of “cool jazz” and Miles Davis leading the way with a modal change with Birth of the Cool (1957) Milestones (1958), and later the seminal, legendary recording of Kind of Blue (1959) with its stellar cast of musicians, there were suddenly jazz recordings that became million-sellers. Along with Kind of Blue in 1959, pioneering jazz pianist Dave Brubeck and his compositional partner and sublime alto saxophonist, Paul Desmond, released Time Out. Brubeck’s release, with a subtle blend of Cool and West Coast jazz and boosted by their now timeless hit “Take Five,” became one of the first jazz albums to sell a million copies. Following on these musical coattails, in 1964, jazz saxophone master Stan Getz, with Brazilian guitarist João Gilberto, brought the sexy beat of Brazilian Bossa Nova to the U.S. in his 1964 release Getz/Gilberto, which sold over 2 million albums by 1968.

But, often left out of this equation of esteemed company and running ahead of these timetables was the brilliant maestro jazz pianist Erroll Garner’s Concert by the Sea (1955), selling over a million dollars’ worth of retail copies by 1958. In the opinion of AllMusic critic Scott Yarnow, “this is the album that made such a strong impression that Garner was considered immortal from then on.”

Standing on a distinctive playing style, incorporating a stride-to-swing style of piano playing, rearranging popular songs and adding amazing chordal rhythm with spontaneous keyboard runs, Garner held his audience until the final flourish. With sophistication in composition and technique, his mainstay ballads were rich with melody and his sets always had that signature “swing” beat in his repertoire. As further explained by Yarnow, “Garner often stated the beat with his left hand like a rhythm guitar, while his right hand played chords slightly behind the beat.” Garner’s creation of his own unique sound and playing with an always enthusiastically “happy” disposition (as fondly referred to by other jazz musicians), accentuated with his occasional audible “grunts,” created a loyal audience throughout a very in-demand lifetime of performing.

Never learning to read music, he had a superb musical memory. For example, after attending a concert performance at Carnegie Hall by classical Russian pianist Emil Gilels, Garner rushed home to his apartment and was able to play a large portion of the performed music by recall. When asked why he had never learned to read music, Garner was fond of replying, “No one can hear you read.”

Born in Pittsburgh, PA in 1921, Garner started to play piano at the age of three; he had an exceptional “ear” and would remain mostly self-taught throughout his life, save for a few early years of lessons. According to biographical accounts, at age seven he began appearing on radio station KDKA in Pittsburgh with a group called the Candy Kids, and by age eleven was playing on the Allegheny riverboats. He would also initially be overshadowed by his older brother Linton, himself an accomplished jazz pianist, who would go onto play with luminaries including Fletcher Henderson before WWII and later with Billy Eckstine, Dizzy Gillespie, and provide piano accompaniment for legendary jazz performers like Sarah Vaughan and Nat King Cole.

Erroll Garner would begin his own professional career with a move to New York City in 1944. When Blue Note Records subsequently issued a five-volume Overture by Dawn series, his compositions would begin to receive significant attention and his recording career advanced. He would also briefly connect directly with the epicenter of bebop by playing with Charlie Parker’s quartet on Cool Blues in 1947.

Breaking through to a much larger audience occurred with the famed Concert by the Sea recording in 1955, featuring Eddie Calhoun on bass and Denzil Best on drums. The bestselling jazz album of its day, it was recorded live in Carmel, California at the Sunset Center, a venue that would evolve into the Monterey Jazz Festival. Reviewers recalled a “magic” that had transpired that evening. Listening to this performance even today, there is a sense of Garner feeding off the audience, who in turn react to what they are hearing with spontaneous applause.

On a release from the same year, Contrasts, Garner would record “Misty,” which would become his signature composition, and a hit on radio, crossing over to the popular music charts with a cover by singer Johnny Mathis and also recorded by Ella Fitzgerald, Frank Sinatra, Sarah Vaughan, Ray Stevens and Aretha Franklin.

Garner would tour widely throughout his career, establishing an audience both in the United States and in Europe through the 60s and 70s. In the U.S., his fame was also furthered by the new medium of television, often appearing on The Tonight Show (reportedly Johnny Carson’s favorite jazz musician), with additional regular appearances on other popular evening formats such as The Flip Wilson Show and The Ed Sullivan Show.

He remained remarkably prolific with recordings in between a busy touring schedule. Garner scored the music for the film A New Kind of Love in 1963 and released That’s My Kick in 1967. His single “Misty” was featured prominently in the thriller Play Misty for Me in 1971. Garner then released Gemini in 1972, followed by Magician in 1974, and then the double album Play It Again Erroll in 1974. Failing health forced him to stop touring in 1975 and he was soon diagnosed with lung cancer. He died on January 2, 1977 at the age of 55

Paul Conley, author, radio host and award-winning jazz and news broadcaster for NPR, who produced a biographical profile of Garner, wrote, “There exists in Erroll Garner’s playing an emotional infectiousness from which no one with the slightest affinity for music is immune… Listen to any Erroll Garner recording and you realize, above all else, this man loved to play piano. If you were lucky enough to see him, you also know he loved to share that joy with his audience.” Musician Billy Taylor told Conley, “(Garner) was able to be tremendously popular without compromising his integrity as a musician.” Conley added, “Such is the joy of a genius.”

Beyond the deserved accolades, and in his own words from a 1969 interview with musician and author Arthur Taylor, from Notes and Tones: Musician-to-Musician Interviews(De Capo Press, 1977), Garner speaks about his creative drive, aversion to playing note-for-note, and a desire to always seek other interpretations. “I’m always looking for something new,” Garner explains, “As I can’t read music, I don’t have to say to myself, this is an arrangement I wrote six months ago, and I have to play it note for note. I get as close as I can. Each time I play ‘Misty’—and I play ‘Misty’ I would say a thousand times a year—I add a little something. I feel that if you liked it last night and you come back to hear me tonight, maybe I can do it better. At the same time I’m creating, and it’s not becoming a bore because of sticking to one certain pattern.”

If you are already a fan and want more, or a yet to be initiated listener of this artist, jazz journalist and author Ted Panken, for JazzTimes magazine, endorses Erroll Garner: The Octave Remastered Series (Mack Avenue) as the “odds-on favorite for best reissue of 2020.” It’s a 12-CD release, one for each LP that the Pittsburgh-born pianist (1921-1977) and his manager Martha Glaser (1921-2014) co-produced on their own Octave Records between 1959 and 1973.

Tune to 90.5 WICN throughout June to hear Erroll Garner’s music and influence on the world of jazz! 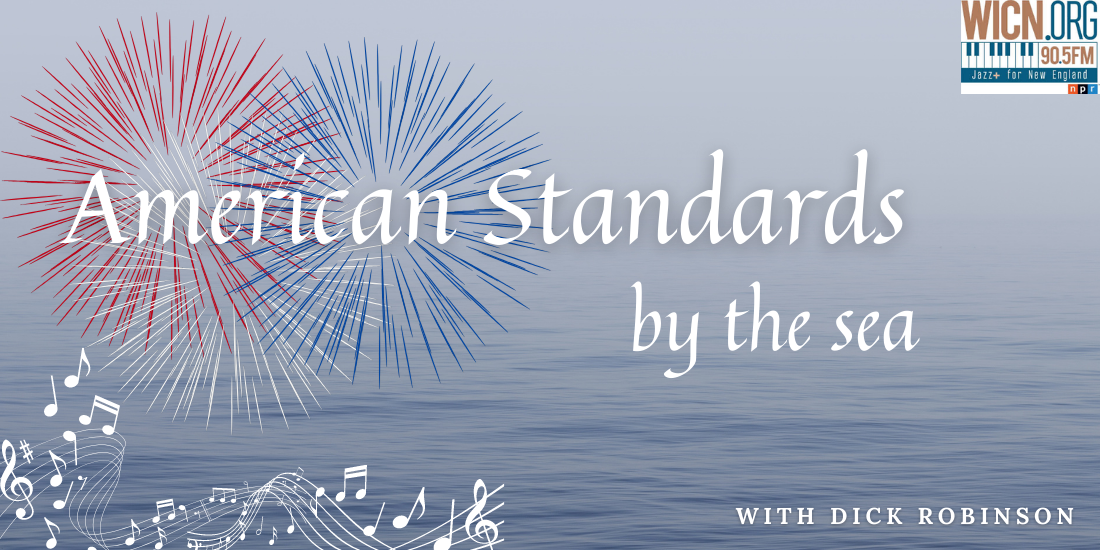 American Standards By The Sea