Jack DeJohnette in 2019 is a cornerstone of the versatility of modern Jazz.  Appropriate in any Jazz situation, his drumming signature is managing drum energy more as a flow than a pulse. Since the beginning of his professional career, he has represented a breath of fresh air in percussion. It’s sometimes a wave motion and sometimes a tightrope, but always a supporting force that reacts and propels. Spending December with the drummer will situate DeJohnette’s sound for us as both a highly visible and vital sideman, and a crafty leader of his own bands.

Jack DeJohnette was born in Chicago in 1942 and inspired toward music by an uncle who was in broadcasting.  Before the drums, Jack was a serious piano student, which may illuminate the coloristic, panoramic vision that informs his drum style. (He never gave up on the piano, and in fact made a series of solo piano concerts in the mid-1990s.) DeJohnette had an early Sixties footprint in hard bop and the avant-garde in Chicago.  By the time of a 1966 move to New York City, he was thoroughly aligned with the modern end of Jazz. He worked two years in the breakthrough band of tenor saxophonist Charles Lloyd that made a big splash with Forest Flower LP, and a trip to perform in the USSR in 1967.

In the last days of 1968, DeJohnette made his first effort as a leader, The DeJohnette Complex, which comes on in an arresting way, even from a glance at the tracklist: On several selections he has someone else play drums, so DeJohnette’s hands can be free to play the enigmatic keyboard wind instrument called the “melodica.” We got the message: DeJohnette was more than a drummer or even a drum stylist; he was also a composer and shaper who established his style early on. Other leader records would follow shortly, including overlooked recordings made in Japan and released in the USA on the Milestone and Prestige labels.

DeJohnette could be seen as a second-wave player in the specialized genre we now refer to as post-bop, following chronologically in the footsteps of drummer Tony Williams, whom he also followed as the regular drummer in Miles Davis’s groups. Comparing the two may help isolate the singularity of Jack DeJohnette’s style. The basic layer of it is a chatter of low-amplitude impacts on the snare and cymbals. That gentle conversational tumble is the background to his lively interactions with soloists in the foreground. Some parts of that description apply to the whole field of modern Jazz drumming; within DeJohnette’s playing, shards of conventional Jazz time-playing surface in refracted fashion, but melted into the flow.

This sort of ‘hovering’ energy to his playing was fundamental for the sound of Jack DeJohnette’s projects as a leader, and it’s also what recommended him into the groups of Bill Evans in 1968 and, shortly thereafter, Miles Davis. By now millions of listeners have encountered the name and sound of Jack DeJohnette via Davis’s turning point record, Bitches Brew, from 1969. That record effectively put Jazz-Rock fusion permanently on the map of Jazz, and in parallel launched Davis’s sidemen into superstardom—true for Chick Corea, Keith Jarrett, Dave Holland, and John McLaughlin, among others. In their cases, as with Jack DeJohnette, we muse on what might have been different in their careers without the powerful exposure within Davis’s bands. Back before Bitches Brew, the word was already out about Jack DeJohnette, via work with Lloyd, Evans, and even Stan Getz about his talent and singular style. Without Davis, we would surely still celebrate the drummer, but we might have seen a little less of his musical footprint overlapping into fusion.

Notice that Jack DeJohnette participated early in named bands—that is, not just calling a band the “[first name] [last name] Quintet”, as had been conventional for years. Jack DeJohnette has been part of cooperatives called Compost, Gateway Trio, Trio Beyond, The Ripple Effect, and Hudson, and 40 years ago he launched his own band-brands “New Directions” and “Special Edition.” The bands were distinctive unto themselves and also distinct one from another—in step with Tony Williams’s inauguration of “Lifetime” as his brand identity, and not unlike the clear differences between the orientation of Jimi Hendrix’s Experience from that of his Band of Gypsies. Whether we see their names as explanatory or mysterious, the bands with these names could be seamlessly billed alongside rock acts. DeJohnette also arrived early at a place where many contemporary Jazz artists dwell—simultaneously leading groups with different sound character, identity, and membership, and correspondingly, with different names for each band.

Amid the momentum behind his composing and bandleading, it almost seems an afterthought to note that Jack DeJohnette has long been one of the most versatile and sought-after drummers for other people’s projects.  They key example here is of course the Standards Trio of pianist Keith Jarrett.  In 1983, the pianist chose Jack DeJohnette and Gary Peacock to complete a trio that flexibly interpreted the songbook of Jazz and pop standards…which they’re still doing, very close to 40 years later.

DeJohnette has by now recorded as a leader for dozens of labels, but a few stand out as crucial. That his first project for the German ECM Records in 1976 was ironically titled Untitled, discloses something about the excellent fit between the drummer and ECM’s aesthetics. With an open concept—where the music is determined by atmosphere and an improvised unfolding—DeJohnette capitalized on the trust and freedom of the record label to explore.  Project by project, group by group, ECM was an essential platform for the development of the next ten years’ worth of the musical efforts Jack DeJohnette designed.

Nearly twenty years ago, DeJohnette launched his own recording enterprise, Golden Beams Productions, as a vehicle for sharing the continually broadening range of his creative works as leader and collaborator. 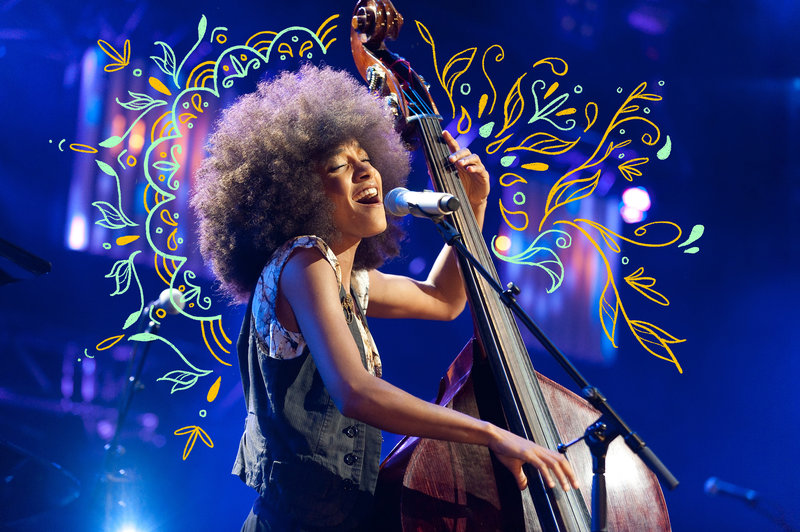