2020 is a time of heightened consciousness about “diversity inclusiveness.” That’s not wrong. Even in the seemingly open-minded field of Jazz, so-called minority players are routinely edged out, and programming decisions must be attentive—rightly—to redress those exclusions. The reason this is worth talking about for November’s WICN artist of the month, Mary Lou Williams, is to rescue her from being misunderstood as a token inclusion. In the whole history of Jazz music, she has to be the most important instrumentalist in the genre that’s a woman, but Ms. Williams is important because of her musical impact, not because she helps balance the demographics.

During the Swing Era, Williams was an outstanding stylist on the piano and as a composer and arranger. In the contemporary parlance, she “managed up” and was a strong musical stakeholder in the big band she played piano in for over a decade. She always pointed toward the charged musical reality of Jazz’s coming generations—and then realized that vision with her own recordings that quietly led us toward next. You’ll see a pattern as we unfold Mary Lou Williams’s story this month: Jazz’s artistic progress routinely ended up following the trail that she had indicated some time before.

To the best of our knowledge, Williams was born in Atlanta May 8, 1910, where she had her earliest musical inspiration come from sitting on her mother’s lap at the pump organ. Her formative years and most of her early training on the piano came in Pittsburgh PA, where she was the “little piano girl of East Liberty.” Notable in her early teens, she was a working professional by her mid-teens.  She left Pittsburgh at the first opportunity and, launching from Memphis, went on the road with Buzzin’ Harris’s traveling troupe Hits and Bits when she was just 19.

Mary Lou Williams first showed up on the Jazz stage in the Southwest band of bandleader Andy Kirk. He and Williams’s husband were in a band called the Clouds of Joy. When the leader split, the remaining members voted Andy as the new leader. Another personnel change exposed the great talent of this young woman who played piano: For one of the band’s early recording sessions, she was on hand when the scheduled pianist was missing, so she got a tryout.  It went so well that she was asked into the record, then into the band, and then shortly showed that she had the right stuff to steer the whole band as its arranger. So it was: She was important to the 1929–30 first chapter of Kirk’s Brunswick recordings, and then vital to the post-depression reboot that recorded for Decca starting in 1936. Until she left the group in 1942, Mary Lou Williams set the style for this band as it cruised the southwest territory around Kansas City, and then, on the strength of a towering national hit, the whole US.

Mary Lou Williams was the Jazz force in a band that wanted and needed to swing, but also made its name and money doing polished, mellow dance music. Here’s one great example of the early Mary Lou Williams effect.  Sit and let it wash over you, if you like—And/or try this scavenger hunt: See if you can find these great touches as they appear in this three-minute tune.

It’s all in there…that piece, “Walkin’ and Swingin’” wasn’t even the hit itself; it was the B-side of the Decca 78 that introduced “Until the Real Thing Comes Along” on its opposite side. The A-side was the runaway hit that put Kirk on the map (Mary Lou arranged the interior portion of it also). We also heard a hint of what Williams would write into another masterpiece, “Roll ‘Em.”

The word was out. This woman can hear, think, swing, write, and imagine in a way that’s just right and all her own. Benny Goodman got the message and hired her to write his 1937 radio theme on the Camel Caravan broadcasts. Goodman also had a lasting hit with her most famous composition, “Roll ‘Em,” which she arranged for his outfit.

Mary Lou Williams’s development in the 1940s is a marvelous tale unto itself. She branched away from the Kirk band and big-band activity in general, as heralded by a January 1940 date released as “Six Men and a Girl.” In brief, she recorded several marvelous small band dates using new and old friends from the New York scene, and she briefly hosted a weekly radio variety show that showcased her music and leadership. As a whole new set of Mary Lou Williams originals came into circulation, she also wrote some of her first long-form works, anchored by the Zodiac Suite.

Since she was a child, Mary Lou had always been surrounded by a special metaphysical aura remarked upon by several who knew her.  She immediately stood out as a distinctive Black woman artist in the “man’s world” of Jazz, but she also drew attention as a spiritually sensitive presence—in ways that might be hard to verbalize. But many can identify with her belief in astrology as a real indicator of personality, compatibility, etc. In 1945 she recorded a full version of the set of 12 pieces called the Zodiac Suite, where each section referenced one of the strong personalities associated with that sign in her musical universe. Whether you buy into astrology or not, there’s much to say for these pieces as a new landmark for the pianist and composer.  The published records were played by a trio; in a Town Hall concert, she rendered the music with a chamber ensemble—a new Third Stream texture to match Ms. Williams’s new composition chapter.

Along the way, she was also a mentor, teacher, supporter, and inspiration to rising generation of modernist thinkers. The fibers she had spun into the modern sounds of the Swing era they wove into Bebop and their own enigmatic styles. This describes Billy Strayhorn, Tadd Dameron, Herbie Nichols, Bud Powell, Thelonious Monk, Dizzy Gillespie, and also later waves of modernists, all the way up to Cecil Taylor-sideman Jimmy Lyons.

The 1950s held a whole new set of radical shakeups. Parting ways with her second husband, Williams also was ready to leave behind most of her Jazz circle, and left her birth nation, to dwell in England and France. For a time, it seemed that she left music altogether—especially if you were at the 1954 Paris concert that she walked out on…and didn’t return for three years!  What replaced Jazz in her world was a new direction of spirituality—the Christian church.  She invested herself in Sunday Protestant worship and daily meditation in a Catholic Church; by 1957 she adopted Catholicism fully and was devout for the remainder of her days.  The alternate ending of a Mary Lou Williams biography might have finished right there: She transmuted her Jazz energy into an entirely different direction that she felt was incompatible with the profane or at least worldly spectrum of Jazz. Williams instead invested herself in charity work to help provide basic needs.

Those things were true, but there’s more to the story. She made some close friends among clergy folk, at least some of whom recognized that Mary Lou Williams as an artistic force might serve in powerful ways through her music. By the early Sixties she had a serious champion in Father Peter O’Brien, who was her defender, advocate, and fellow crusader until her death—beyond, in fact.

The final two decades before her death in 1981 blessedly saw a full relaunch of her full capabilities as composer, pianist, recording artist; also, an inspiration and guide.  She was presented regularly again in concert recitals as a pianist, but never got too exalted to work the homey-scene at The Cookery in New York. New grooves showed up that connected to a wholly different generation from her earlier fans. Also new in the portfolio was a role as teacher and historian: Concert and recorded works gave an annotated review of the history of Jazz, such as she also offered to Duke University students starting with a long-term residency in 1977.

Mary Lou Williams’s music will always be cherished for its swing, shape, craft, and power to convey herself to us. Even in the 40 years she’s been gone there has been continual new vital material added to her oeuvre—through excavating the formidable archive of her own work, modern performances of her written music, and enhanced republication of masterworks like Mary Lou’s Mass, commissioned by the Pope in 1970, though only fully revealed in a 2005 reissue.

May more music continue to surface, and let us listen broader and deeper to the genius of Mary Lou Williams—this month and beyond! 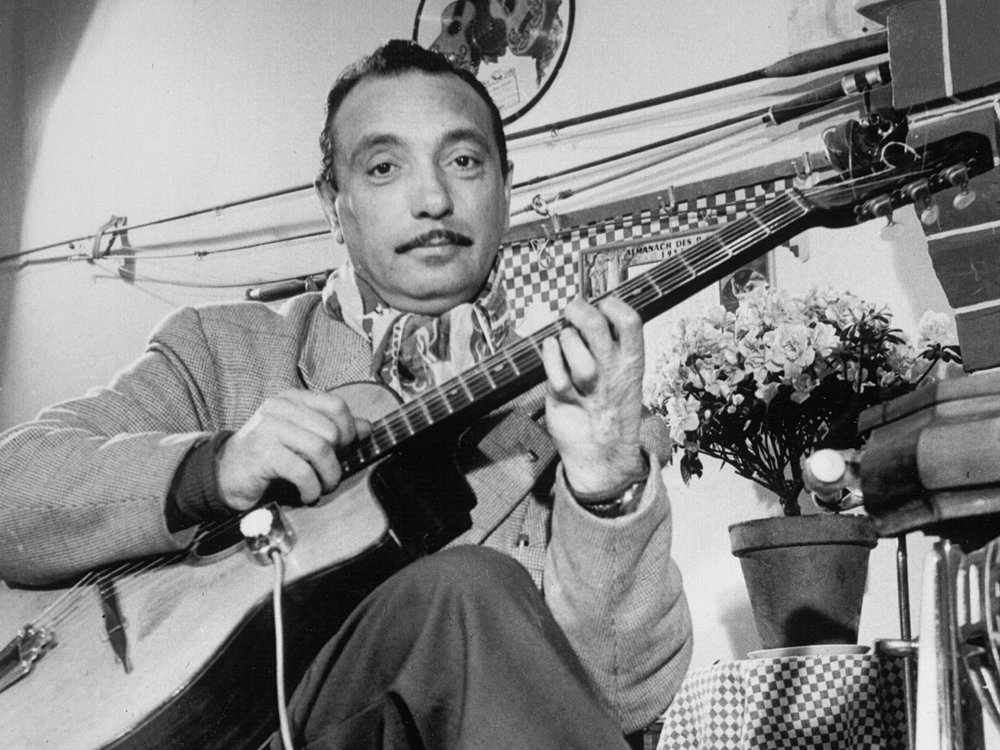