February’s attention to African-American Heritage Month takes the form of declaring bandleader Jimmie Lunceford as our Artist of the Month. Lunceford was a starring figure in the Swing Era as the leader of a self-made, hard-working big band. Lunceford’s band was HUGE in its time (1933–47), especially among black audiences, but also with the general culture.

Lunceford’s visibility faded—perhaps more dramatically than other contemporary bands.  The obvious reason is the leader’s early death in 1947, when the band was still very popular. A more granular rationale has to do with the special nuance of what the Lunceford band offered. His distinctive sound emphasized an across-the-board high standard of musical execution, rather than a roster of individual stars. That level of refinement was more easily appreciated by listening and dancing audiences of 75 years ago, and perhaps hasn’t carried forward consistently.

Lunceford’s story began in the South; he was born in Mississippi in June of 1902, but raised in Denver, Colorado, where he benefited from the very progressive school music program in the city’s elementary schools.  Jimmie came back east to attend Fisk University, in Nashville, where he was the sort of global ‘All-American’ star that Paul Robeson had been elsewhere a few years earlier: A strong scholar, a singular musician, an athletic standout, and an affable socialite of formidable charisma.  He seemed to have it all—he was even learning to be a licensed pilot.  Lunceford was also in line to marry the daughter of W.E.B. DuBois—but, as slick as the suitor was, Jimmie didn’t have strong enough economic prospects to meet with her father’s approval.  Jimmie gathered his broken heart and moved on.

The first thing he moved on to was teaching in a high school in Memphis, and that activity dovetailed seamlessly with his career as a bandleader. On top of his other attributes, Jimmie Lunceford was an inspiring leader, respected by the young musicians he led. A few of them went on to college at Fisk but remained in touch with their old teacher; when Lunceford formed a band, they were eager to join up. This earliest Lunceford band played dance dates in the Memphis area as the Chickasaw Syncopators. They recorded under that name in 1930.

Being a music teacher, Lunceford was adept at playing most of the instruments in the big band, but primarily he conducted the band. This early pilot of a Jimmie Lunceford big band was inspired by the Texas-based ensemble of Alphonso Trent, which had steady work at a hotel in Dallas in the late 1920s. The Trent band modeled a swinging power that remains impressive through their tiny batch of recordings. Lunceford was taken with how tight Trent’s band was, and also took a page from their book in how the repertoire worked: Instead of having vocalists added on, they drew on singing talent from right there in the ensemble, for a seamless and rich entertainment experience.

Lunceford put the lesson to work in his own group. One observer was knocked out by the breadth of what they could do: “There was nobody could play like that band! They would come out and play a dance routine—the Shim Sham Shimmy was popular then, and six of the guys would come down and dance to it like a tap dance, crossing their feet and sliding.  Then Willie Smith would put on his bonnet and sing a sort of nursery rhyme. [Trumpeter] Eddie Tompkins hit the high notes and did a Louis Armstrong deal.  Then they had a Guy Lombardo bit and a Paul Whiteman bit… The lights would go down next and they’d all lay down their horns and they’d all come out to sing as a glee club… the next number they’d be throwing their horns and hats up to the ceiling.” (Arranger Eddie Durham, from Stanley Dance, The World of Count Basie)

The Jimmie Lunceford Orchestra was undeniably slick. For a band with such novelty resources, that sort of slick presentation was really just a sideshow to the cracker-jack musicianship that was the norm in his band and the product of serious effort honing the finer points. It’s necessarily part of a big band that it be coordinated and synchronized.  But there’s a version of loose coordination that can convey the general idea and get over.  Not every big band could—did—put in the time to strive for the kind of detail, shading, and perfection that Lunceford was after. Always in tune, crisp entrances, breathing together, control over dynamics and subtle shading in the ensemble parts.

In the beginning, Lunceford had hours to work with, far more than they had countless gigs to prepare for.  Veterans of the organization recalled with some dismay the first venture northward out of the South, where they spent the early Depression winter huddled together, sharing meager resources. But the good news was around the corner: In 1933, they got a tryout with Columbia Records; in 1934 made a small batch of records for RCA Victor, and in 1934 signed the deal with the new Decca label that fixed Jimmie Lunceford’s band to the public’s consciousness.

Unlike some big bands of that time, the Lunceford Orchestra had no one single, defining arranger to set the style for the whole ensemble, but a division of labor. Some charts were written by the pianist Eddie Wilcox, a longstanding member who knew what the group could do; some were written by Sy Oliver (then known as a trumpet player, but we know him best for being recruited to arrange hot stuff for the Tommy Dorsey band a few years later); others by Willie Smith (the principal soloist on alto saxophone); still others by multi-instrumentalist Eddie Durham, who went on to write the book for Count Basie’s first big band.

Consider their different approaches in these three pieces, arranged respectively by Oliver, Durham, and Wilcox:

That principle of sharing the load carried over to the whole membership: As Eddie Durham pointed out above, Lunceford drew on the vocal and show talent from within the band, rather than adding and subtracting ancillary star vocalists as was the industry norm. Lunceford’s was also a major success story as a “co-op” band.  They shared the wealth and made decisions cooperatively through friendly persuasion and discussion, as a commonwealth. Musicians were shareholders and not just employees, so there’s a greater likelihood of feeling a personal stake in the success of the enterprise. The boss wasn’t a taskmaster but a teammate.

One of the band’s defining early masterpieces came via the light touch that Sy Oliver arranged for a 1936 session, “Organ Grinder’s Swing.” Success kept building. Lunceford’s band was a consistent favorite with dancing audiences, and their polished sound came across well on radio, film, as on records. “For Dancers Only” and “Margie” became signature pieces for Lunceford, while the band helped introduce the world to “’T’ain’t What You Do (It’s the Way That You Do It)” in 1939, and “Blues in the Night” in 1940.

Lunceford emerged on the national stage partly through appearing at New York’s Savoy Ballroom and Cotton Club revue, but, as historian Stanley Dance has argued, the band wasn’t really anchored in major cities. It toured and broadcast across the country to constituencies that weren’t focused necessarily in the industrial centers of the coasts or the Midwest. Lunceford’s large and devoted audience kept the band active, but that couldn’t go on forever. The bandleader died at 45 (in 1947) from a coronary event, and some of his band members led the band on for a couple of years, but they finally dismantled in 1949.

Popularity—for individuals, bands, and styles—may come and go, but the Jimmie Lunceford brand of quality is forever, and we’ll soak it up in a big way throughout February. 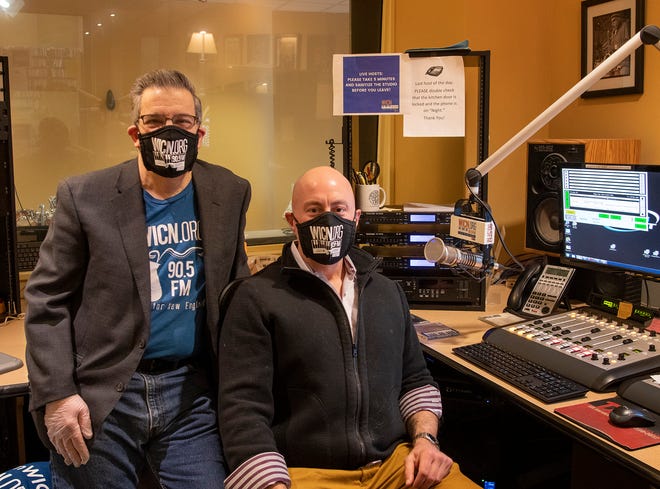